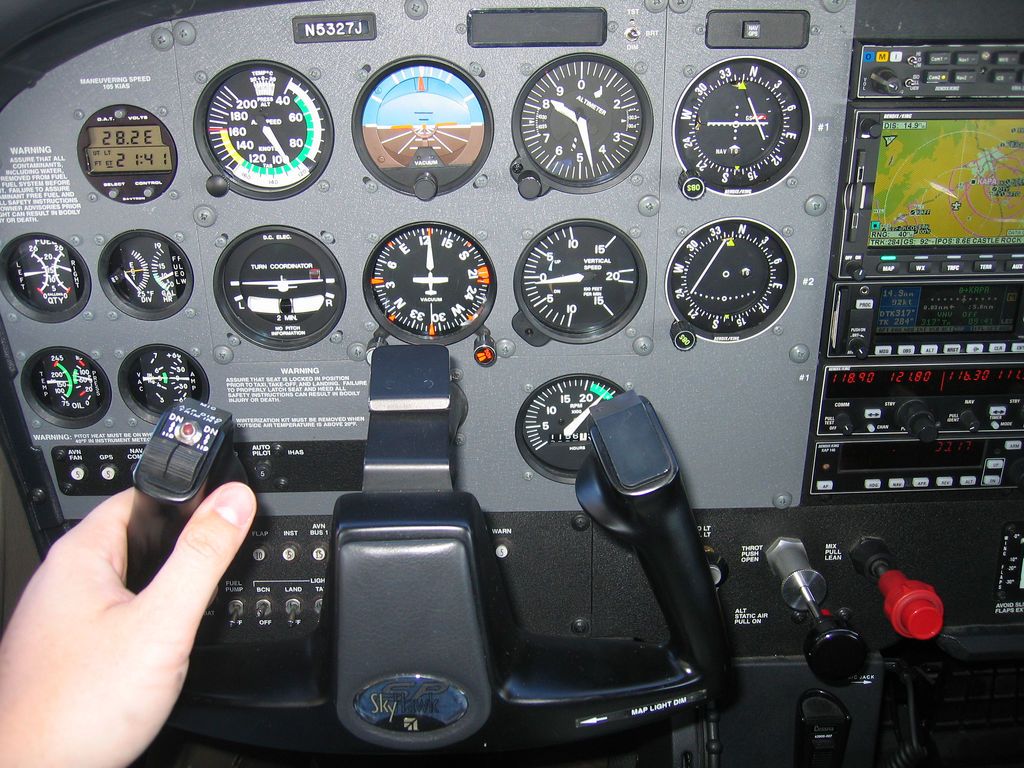 Can I let you in on a little secret? I am an Army Veteran. I served primarily with the 110 Military Intelligence Battalion out of Fort Drum, New York (10th Mountain Division). Oh, great, now I have to kill you! Or is that an oxymoron? I served from 1991 to 1995.

At one point in my service I became sidelined with an injury. Youthful energy abounding, and bored out of my mind, I picked up ... crochet. You thought I was going to say "a computer".

Beneath the craft store where I purchase my skeins (yarn), was a computer store. I had dabbled with computers in high school, but never really gave them much attention. At the urging of one of my fellow soldiers (an officer actually), I decided to piece together a 486 system.

At the same time as I was exploring my new crafty side (er, recovering from my injury), back on base, I was assigned to a logistics roll. Every morning the senior staff would look to us to report on the status of the troops, equipment, etc. in what was called a "readiness report".

It was tedious, and filled with pushing paper. There was a computer in the office that got some use, but was not the mainstay of the reporting functionality. Back on my 486 I taught myself to program a computer (C/C++) to avoid pushing paper.

Eventually I recovered, and was back out in the field.

As the term of my service drew to a close, a college recruiter from DeVry came by and talked about careers in Information Technology. The was a DeVry campus in Kansas City, Missouri. Close enough to my home in Denver, Colorado, but not too close. The tuition matched up nicely with my G.I. Bill benefits. Sure, why not - I had nothing else planned.

And so began my career in technology.

I started off as a computer technician at a Best Buy near the campus (pre-Geek Squad). We would install printer drivers for people, memory and hard drive upgrades, etc.

I do not remember the exact chain of events that followed, but I eventually landed myself the role of Webmaster at a Internet Service Provider (ISP) called Grapevine. I would build web sites for companies, field support calls, and occasionally setup new servers.

Grapevine eventually went under, but not before I landed a Web Developer role at Jack Henry & Associates (JKHY). Jack Henry provided banking software for small banks that did not have their own IT staff.

The majority of my work at Jack Henry consisted of building dynamic web sites for banks using Allaire ColdFusion. I would also dabble in Java applets for interactivity (pre-Flash). I even got to do some work on their Internet banking software, that connected to AS400 systems.

Now back in Denver, Colorado, this baseline experience landed me a job at a consulting firm by the name of Whittman-Hart. There I did more ColdFusion and Java work. Much of that Java was on the server, in the form of servlets, which preceded JSP, and eventually became Java EE.

Off to the Races

Then one day I got a call from Allaire. Yes, the same Allaire that made ColdFusion. They wanted to hire a Sales Engineer for a product they recently acquired called, JRun. JRun eventually became a full Java EE server, and competed with the likes of BEA WebLogic, and IBM WebSphere.

In 2001, Allaire was acquired by Macromedia. Macromedia had seen a demand for dynamic Flash-based content, and even rolled out a product called Generator around this need.

Flash Remoting was such a hit with the enterprise that work on a new product called, Flex, was started. Then in 2005, Macromedia was acquired by Adobe (ADBE). Flex was eventually placed into open source. Around that time (2007) I made the leap from sales to marketing as an Evangelist for the JavaScript side of Adobe AIR. I even co-authored a book about it.

The number of technologies I got to learn through my years at Adobe was vast. At one point I was developing mobile applications for feature phones (pre-iPhone). At another point, I was integrating with business process management (BPM) systems. Then Android development. Then iOS development. Then ... well, you get the picture.

My employment at Adobe ended in 2013, when the company decided that developers were no longer a focus, and related staff were laid off.

After years at a big company like Adobe, I decided to have my hand in the startup world, and joined Kaazing in 2014 as a Principal Evangelist. The founders of Kaazing were pioneers on a web standard called WebSocket. Kaazing Gateway allows WebSocket clients (across both Web and native) to integrate with message brokers such as ActiveMQ.

While I learned a lot about implementing publish/subscribe for decoupled systems, in the end, the startup life was just not quite the right fit for me. I moved on from Kaazing in June of 2015.

In July of 2015, I started at IBM as a Developer Advocate on the MobileFirst team focusing on native Android and iOS development. When one of the Kaazing founders was hired to reboot IBM developer relations, we reconnected, and I found myself managing a team of advocates focused on emerging technologies such as blockchain and machine learning with Watson.

When jolly old London called (sorry, The Clash), I relocated with my family for a time to build a team focused on the local open source community. After that I went on to pioneer work on data analysis for all of IBM developer relations activities.

A COVID-19 pandemic swept the world in 2020, and in June of that year I was laid off, along with 40k others globally, as the company went into cost-savings mode.

I spent most of the pandemic unemployed or underemployed. Luckily, all those presentations at all those events, and this very blog, landed me some contract work where I got to leverage Web Assembly and WebRTC to build a web-based COVID diagnostic application for BBI Solutions (Novarum). Computer vision had become an interest of mine over the years, and it finally helped me pay the bills.

Thankfully, around the same time, the pharmacuetical industry started to produce viable COVID vaccines, and the world began to return to something like normal.

In May 2022, I joined Amazon Web Services (AWS) as a Senior Documentation Manager, for AI/ML related functionality.

I started picking up electronics hardware as a gimmick in my demonstrations around 2007. Electronics connected to the Internet has since become called, the Internet of Things (IoT), and is something I am deeply passionate about. I have traveled the world talking about IoT, including teaching hands-on workshops for audiences ranging from grade school to professionals.

An emerging market closely related to IoT is what I refer to as "desktop fabrication". This includes 3D printers, laser cutting, and CNC, and is one of the many ways I enjoy spending my leisure time. I also have a private pilots license, see loads of movies (even the bad ones), and spend as much time as possible with my wife of 24 years, and our eighteen (18) year-old daughter.