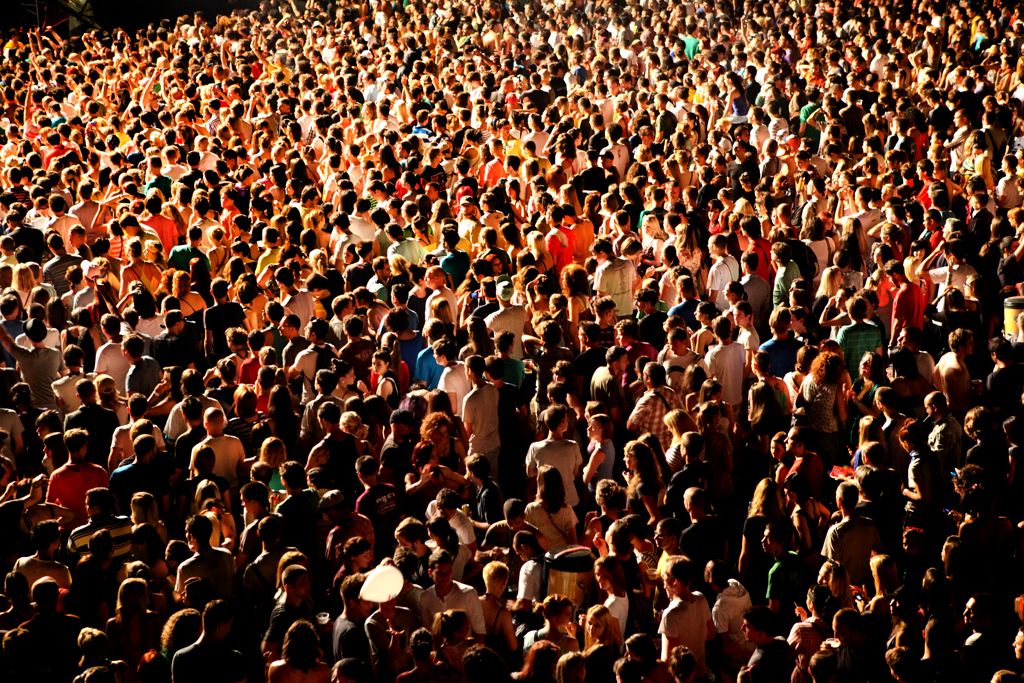 By Date (Newest to Oldest)

Set against the backdrop of the capabilities of the browser, this interactive session compares and contrasts both approaches through two different applications. In the first, you will learn image processing and feature detection techniques to track, and solve, a Rubik’s Cube. In the second, you will learn to apply those techniques to build an object classifier for facial recognition. Sit in the front row at your own risk!

Workshop: Computer Vision and Machine Learning in the Browser

The browser, on both the desktop and mobile, are capable of much more than we often give them credit. In this workshop we will push the CPU to 100% as we audit several image processing libraries used for computer vision and machine learning.

Learn computer vision with real-time facial detection, optical character recognition, color distance calculations, object tracking, and even reading barcodes and augmented reality markers. From there, we will turn our focus to machine learning where you will learn about developing models for neural networks.

Computer vision seeks to acquire, process, and analyze digital images based on dimensional data to produce numerical decisions. Machine learning applies convolutional neural networks to classify, identify, and detect symbolic information from image data. The easiest way to decipher all of this and understand when to apply which technique to your application, is to attend this session.

Set against the backdrop of the capabilities of the browser, this interactive session compares and contrasts both approaches through two different applications. In the first, you will learn image processing and feature detection techniques to track, and solve, a Rubik’s Cube. In the second, you will learn to apply those techniques to build an object classifier for facial recognition. Sit in the front row at your own risk!

In the fall of 2017, I was asked to manage a track centered around future technology for a new conference, Index. I had managed the web standards track at Adobe MAX years ago, and thoroughly enjoyed the collaboration. These days I tend to be more focused on emerging technology, so Index seemed like a great fit.

At first, as a passionate practitioner of desktop fabrication, and the maker movement, I really wanted to focus on the "geek shop" side of things. Most of the makers in my professional network were busy however, and the submitted abstracts pushed the track into the "futures" topic. Coverage included quantum computing, blockchain, augmented reality, and even "wetware" - the physical integration of man and machine.

The cryptocurrency Bitcoin is well known even outside of technology spheres of influence. Underlying Bitcoin however is Blockchain - a distributed ledger with some very special properties. These properties make Blockchain an ideal data store for all variety of applications, not just financial records. This workshop, half lecture and half interactive hands-on, is designed to help you understand blockchain, and how to use it in your business.

Having a highly capable and accurate GPS in everybody's pocket has fundamentally changed the way we live, with broader impacts like self-driving cars, yet to come. The moment you step inside the HDC conference center however, all that technology is virtually useless. In order to solve this problem, various vendors, from Apple to Google, and many others, have been implementing indoor location technologies, predominantly via beacons.

In this session learn how beacons function at the physical layer, how that gets interpreted at the network layer, how to use the APIs at the presentation layer, and how to make sense of it all at the application layer. This will be accomplished as IBM Developer Advocate, Kevin Hoyt, configures and deploys a set of beacons in the conference room, live, during the session. We will also explore how various industries are using indoor location from shopping malls to hotels, and airports to grocery stores.

The cryptocurrency Bitcoin is well known even outside of technology spheres of influence. Underlying Bitcoin however is Blockchain - a distributed ledger with some very special properties. These properties make Blockchain an ideal data store for all variety of applications, not just financial records. In this session, join IBM Developer Advocate, Kevin Hoyt, to understand blockchain terminology and unlock the potential for your business.

Centered around a web-based to-do list application, built on the Polymer 2 RC, topics covered will include spinning up your own Blockchain (Hyperledger Fabric 1.0) node, writing and deploying a "smart contract" to perform CRUD operations, and integration using Web standards. With proficiency obtained, you will also take a look at blockchain scaffolding tools. You will leave understanding where and how to use Blockchain technolgies, with the knowledge needed to get started.

I gave my first IoT presentation over a decade ago. The response was overwhelming, and I've been waiting for the IoT tidal wave to land ever since. Strangely, it has not. Why not? Fast-forward through those ten years, and I have learned countless lessons. Join me as I review the strengths and weakness of hardware platforms designed to get you to market, examine how Big Data may just hold the key to IoT success, and glimpse at an AI-powered future.

It has been suggested that in the future, developers will not program computers, as much as train them. This has largely to do with the rapid growth of machine learning. But what is machine learning? What can it do for developers today? And how does one leverage it in their application?

In this session, join IBM Developer Advocate, Kevin Hoyt, and IBM Watson, to untangle the details. We will start with a little artificial intelligence history. From there we will move on to defining some of the more common machine learning features by implementing them in various applications (Node.js, iOS, JavaScript).

It has been suggested that in the future, developers will not so much program computers, as they will train them. Machine learning is having a broad impact across all industries, but what does it mean, and how does one use it in an application?

Get ahead of the curve with what venture capitalist firm Andreessen Horowitz calls a fundamental technique that is expected to be in products.

If you have been programming long enough, you know that certain patterns emerge, and that work often gets wrapped in boilerplate code. An example would be CRUD (create, read, update, delete) operations on a database, that you might expose via an API. Sending an email or text message. What if you could develop, design, and orchestrate business logic using visual tooling?

Node-RED is an open source visual tool for wiring together business logic, built on Node.js. Expose API endpoints via drag-and-drop. Consume APIs in the same way. Access databases, email server, Watson cognitive services, Twitter feeds, and more in a browser-based tool that allows you to visual control the flow of logic. IBM Developer Advocate, Kevin Hoyt, takes you on a tour of the tool that may just revolutionize how you work, with increased productivity, and faster time to market.

What is the price of not knowing? Every day we generate 2.5 quintillion bytes of data, and 90% of the data in the world has been generated in the past two years alone. There are 7.3 billion people connected to the Internet around the world, creating 1.7 megabytes of data every minute. Unstructured data - dark data - accounts for 80% of all data generated today. Like dark matter, which cannot be seen, we know dark data exists by its impact (or lack thereof) on our industries.

This is the dawn of the cognitive era - an inflection point that occurs once about every 40 years - that lends itself to machine learning. In this workshop, join IBM Developer Advocate, Kevin Hoyt, and go hands on with IBM Watson. Learn about APIs such as text-to-speech, and speech-to-text, translation, image recognition, natural language processing (NLP), concept and personality insights, and more. Leave with a new toolkit to help you leverage deep learning, and to solve the problems your industry faces.

Session: IoT All The Things (An Audit)

There are no shortage of IoT platforms to launch you next product, but which one is the right one for you? In this session join IBM Developer Advocate, Kevin Hoyt, on an audit of some of the more popular chipsets on the market. This will include overviews of Electric Imp, Photon Particle and Photon Electron, Tessel 2 from Technical Machines, and Intel Edison. Explore GPIO options, wireless pairing, development tooling, physical size and technical specifications (processor, battery, etc), set against a backdrop of real-time data delivery.

Workshop: On the Verge of Genius

Cross a WebVisions workshop with Bill Nye the Science Guy (or Mr. Wizard depending on your generation), and you will get IBM's Kevin Hoyt, leading you through an interactive, hands-on, exploration of the increasingly connected world of cities, farms, and you.

On this three-hour tour, the weather may just get rough, but smart cities with vast arrays of connected sensors will keep us on course and on time. Leaving the city behind, we will discover that data is the new fertilizer for the green acres of smart agriculture. The next stop on this fantastic voyage is inner space as we seek to leverage smart healthcare to unlock the secrets of heart disease and asthma.

This workshop is packed with live demonstrations of a large number of scientific sensors in action. The PH of your drinking water. The air quality of the conference center. The galvanic skin response (sweating) of the presenter. And many more. Having established the possibilities, you will have the option to spend an hour with your very own Internet-connected hardware. Solving the world's problems is hard work, but together we can achieve genius.

Session: The Business of Beacons

Built on BLE (Bluetooth Low Energy) beacons get a lot of press, and have seen increasing deployment around the globe, adding value to business and consumers. In this session, join IBM Developer Advocate, Kevin Hoyt, on a journey through beacon opportunities you may not have considered. Practical, real-world, references will be highlighted as we examine innovative use-cases for beacons in your business.

This workshop will introduce you to IoT using the Particle (formerly Spark) Photon. The Particle Photon offers a suite of hardware and software tools to help you prototype, scale, and manage your IoT products. Based on Broadcom’s WICED architecture (used in Nest, Amazon Dash), combined with a powerful ARM Cortex M3, the Photon offer wi-fi for everything. During this workshop you will pair the Photon with a wireless network, and then learn to control the digital and analog features, both in firmware, and from your own web application.

Session: Unlocking Your Application with WebSocket

WebSocket has been available to browsers (both mobile and desktop) for years, yet the potential remains largely untapped. In this session, get an introduction to using WebSocket in your applications. You will learn about the potential for WebSocket and real-time communication, and explore the usage of the publish/subscribe pattern over the commonplace request/response pattern. Packed with live, real-world demonstrations, IBM Developer Advocate, Kevin Hoyt, will show you how to unlock the potential latent in your applications. Other concepts that will be introduced include micro-services, container-based deployments (Docker), and the Internet of Things.

In 1916, engineering student James Wilkins proposed spending $100 million to build a suspension bridge the world would eventually come to know as the Golden Gate Bridge. Fast-forward 100 years, and we are rapidly throwing away our ability to innovate. In this keynote address, join IBM Developer Adovcate, Kevin Hoyt, in taking a sneak peak at the next industrial revolution - the Internet of Things - and learn how it puts you, the developer, in the driver seat of opportunity.